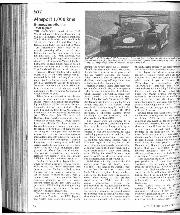 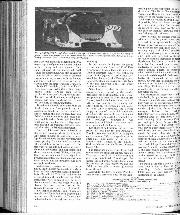 The Canadian round of the 1985 World Endurance Championship is one that will be remembered with mixed emotions. The Rothmans-Porsches took a predictable 1-2 victory, Derek Bell and Hans Stuck leading home Jacky Ickx and Jochen Mass. Tom Walkinshaw's Jaguars made an extremely promising debut, one of them leading the race for nine laps, the other finishing third. The event, however, was overshadowed by the tragic accident which claimed the life of popular Manfred Winkelhock, who collided almost head-on with a concrete retaining wall at the notorious Turn 2 and died 24 hours later after surgery.

Promoter Harvey Hudes, who worked closely with Oscar's Chris Parsons, was ill­rewarded for his faith in Group C cars by a poor entry from Europe, seven C1 cars and seven C2s crossing the Atlantic to take part. Numbers were made up by five IMSA cars from the American circuit, the only notable one being Uli Bieri's Sauber C7-Chevrolet which finished seventh.

When Oscar was formed earlier this year one of the main aims was to co-ordinate entries for races in far continents, guaranteeing a minimum of 20 cars from Europe. Lancia-Martini had never included Mosport, Fuji and Sandown Park, Australia, on its schedule, but the absence of the Reinhold Joest, Walter Brun, John Fitzpatrick and Richard Lloyd Porsche teams made a large dent in the potential entry. It would, in fact, have been cheaper for them to race in Canada than in some European rounds since the organisers bore the cost of flying the cars out, along with spare parts and two free air tickets, but it seems that unless sponsors made additional contributions the teams felt it wasn't worth their while going. It seems a funny way to run a racing team, which still carries overheads even when lying idle back at base, and the World Endurance Championship (or World Sportscar Championship, as it will be called next year), cannot be regarded very seriously until the entrants fulfil their obligation to the race organisers.