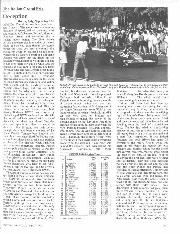 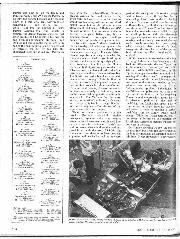 Monza. You either love it or you hate it and I love it. The name itself conjures up thoughts of speed, red cars, racing, noise and tumult, Alfa Romeo, Ferrari, Maserati, Nuvolari, Ascari and everything that is Italian motor racing. The Gran Premio d'Italia anywhere else is a shadow of the real thing and as you pass though the tunnel under the track you hear the sound of a racing car going by overhead on full song, whether it is a factory Ferrari or a clubman's Alfasud you know that the driver has the accelerator pedal right down on the stop and it has been there for quite a while and the engine is at peak rpm in top gear. The faster Formula One cars were crossing that tunnel at 188-190 mph and they not only sounded like it, they looked like it. Invariably practice days are accompanied by the sound of Italian enthusiasts screaming and yelling with delight and the stands are a sea of waving Ferrari flags, but this year both Friday and Saturday ended in an eerie silence, the whole atmosphere was flat and as we left the circuit the crowds seemed to be wandering about aimlessly or drifting off home. Friday had ended up with Nelson Piquet with fastest time and Riccardo Patrese with second fastest time, both driving Brabham BT52B cars powered by turbocharged BMW engines from Munich. The result had been greeted with an air of disbelief, but there was always Saturday afternoon qualifying, then it would be different. But Saturday was little better, though there had been a moment of joy when Patrick Tambay beat Piquet's best time, but it was short-lived for Patrese went out and beat them both to take pole-position on the grid. The disbelief when qualifying was over was something tangible. Ferrari not on pole-position at Monza! It was like saying there is no Father Christmas. The mood matched the weather — grey. But an Italian driver is on pole-position. Well, yes but he is a traitor, he drives for the hated Bernie Ecclestone who tried to get rid of Monza a year or two ago, and he drives a German BMW, well a Brabham-BMW.