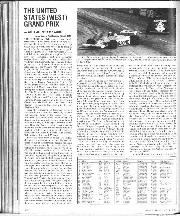 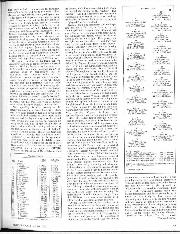 All is well with the world
Long Beach, California, March 15th

The Formula One season began in all seriousness at Long Beach, as the F1SA have said all along that it would. Sixteen teams turned up with a total of twenty-nine drivers to do battle in practice for the twenty-four places on the grid. There was plenty to see, with new teams (March and Talbot, for example), new engines (Ferrari), new cars (McLaren), and new driver/car combinations. After the usual winter-time vacillation and uncertainty the scene now looked pretty clear, with Jones and Reutemann with the latest version of the Williams FW07, Cheever and Cogan in the Rent-a-Drive Tyrrell 010 cars, Piquet and Rebaque in the BT49C Brabhams, Watson and de Cesaris in the newly formed McLaren International team cars, Lammers in the ATS, de Angelis and Mansell in Lotus cars, Surer in the Ensign, Arnoux and Prost in the turbo-charged Renaults, Daly and Salazar in the newly-formed March team. Rosberg and Serra driving for Fittipaldi, Andretti and Giacomelli in the Alfa Romeos, Jarier temporarily replacing Jabouille in the new Talbot team. alongside Laffite, Villeneuve and Pironi with the blown V6 Ferraris, Patrese and Stohr with the Arrows, Guerra and Gabbiani with the Osellas and Tambay returning to the scene with the new Theodore TR3.

Since the withdrawal of Goodyear the tyre situation for some teams has been a big problem but Michelin came to the rescue with the production of a standardised radial racing tyre design, and they supplied everyone with a limited number of these, in order to get the season under way. Once the Avon production racing tyre is under way for the general run of competitors then Michelin will forge ahead with tyre development exclusively for Renault, Ferrari, Alfa Romeo, Talbot-Matra, Lotus and Williams.