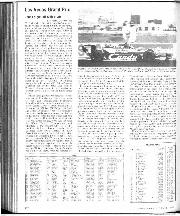 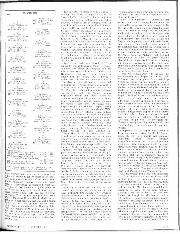 Jones signs off with a win

The whirlwind of frenzied Formula One activity finally reached its climax for 1981 in the dusty, sun-scorched car park of the Caesars Palace hotel and gambling complex in Las Vegas. Although the organisers had clearly gone to an enormous amount of effort in staging this end-of-season event, the end result was a “point and squirt” circuit laid out between unyielding concrete barriers. At first glance it looked somewhat like Jarama, but without the ups and downs. Crammed into this car parking area was no less than 2.26 miles of race circuit and although most drivers were prepared to concede that the concept was rather novel, few would actually admit to positively liking it. Staged primarily as a television spectacular (I heard it was planned to be this, so I stayed at home. Ana tee-vee spectacular it was awful — D.S.J.) the Caesars Palace people had managed to get round the rule which has hitherto required a circuit to host a "pilot event" in the way that Long Beach, Montreal and Imola have been required to do in recent years. Quite how or why this has been permitted is probably a secret known only to the FISA / FOCA inner sanctum but will, in view of M. Balestre's recent re-election for another three year term as President of that august former organisation, probably serve a precedent tor future similar events.

Official timed practice was scheduled to take place on the Thursday and Friday prior to the race, but to give the teams a chance to familiarise themselves with the circuit the track was open on the Wednesday as well for untimed testing. From the outset both Williams FW07Cs of Alan Jones and Carlos Reutemann proved to he particularly competitive and lapped at an average speed of just on 100 m.p.h. When the first official qualifying session started on Thursday. Reutemann, anxious to do well in this final race of the year and clinch the World Drivers' Championship, took advantage of the comparatively cool weather conditions. With a cool breeze taking the edge oft the fierce South Nevada sunshine, the dusky Argentinian was well at home and left his rivals stunned with a scorching 1 min. 17.821 sec best, an average speed of 104.917 m.p.h. Jones simply couldn't match that, failing to break the 1 min. 18 sec. barrier despite experimenting without the engine cover in an effort to improve the airflow over his Williams' rear wing. But the Australian was quickest on Friday when the weather was much hotter, lapping in 1 min. 17.995 sec. to ensure himself second place on the grid, using his race car for this task after the spare in which he began practice broke a valve spring.