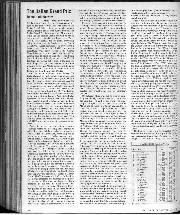 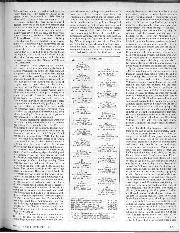 Renault all the way

In these rather unsettled days it was nice to get back to the Monza track, the true home of the Italian Grand Prix. It looks as though common sense is going to prevail over big business and the Italian Grand Prix is to stay at the Monza track, while the San Marino Grand Prix will be run at the new, and very satisfactory, Imola track. There were no great changes for this event, everything being much as it was in Zandvoort at the Dutch Grand Prix, though the Osella team arrived with a brand new design, the FA1C, on which everything was newly designed by George Valentini whose experience goes back through the Abarth days to those of Gigi Plate, Jean-Pierre Jarier had tested it briefly at the private Ferrari test-track at Fiorano but it needed finishing off, with things like rear-view mirrors, on the first morning of practice. While being conventional in its conception it was a much neater and tidier looking car than the previous Osellas.

Of the much publicised Alfa Romeo V8 turbo-charged car with carbon-fibre monocoque there was no sign, not even a photograph, while of the other near-mythical turbo-charged car, the Brabham-BMW, there was equally no sign. In the Lotus camp the lads were up all night finishing off a brand new Lotus 87, number 5 in the series, and Talbot-Matra had a brand new JS17 for Laffite, but like Alfa Romeo this new French car seemed to be devoid of identification. Andretti had what appeared to be a brand new Alfa Romeo, unchanged in design but tidied up here and there, and certainly very clean. Most of the other teams had their regular cars, the ravages of Zandvoort having been cleaned off, but Ferrari took a backward step by bringing out 053 (Villeneuve) and 054 (Pironi) with the original monocoque and front end, but the latest type of rear end. They had two spare cars, 052 as the previous two cars, and 049/B with the latest modifications front and back.