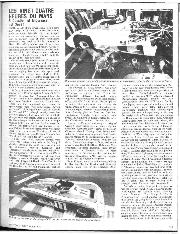 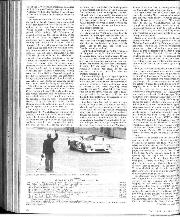 A Question of Endurance, not Speed

Some aspects of the international racing scene may change with almost frenetic haste from month to month, but other facets of the sport seems to remain reassuringly constant from on year to another. One of those unchanging constants is the magic of the 24 Hours of Le Mans. The ACO’s annual epic of speed and endurance on the famous and historic Circuit of the Sarthe took place this year on June 9th/10th, and had all its usual character and charismatic allure, even though the entry hadn’t quite the quality of the past two years.

Owing to the recent construction of a new road junction on the Route Nationale that forms the three-and-a-half mile long Mulsanne Straight, the old Tertre Rouge Corner had been replaced by an ever so slightly less acute twin apex bend, shortening the circuit from 13.64 to 13.61 kilometres (8.47 miles). Another divergence from tradition was a change of starting time, moved forward from four o’clock in order to give the French plenty of time to cast votes for the EEC’s new European Assembly.

As far as the entry was concerned, it was very much a case of Porsches against the rest. Of the 55 starters, no fewer than 19 emanated from the Stuttgart manufacturer, their ranks headed by the two Essex Petroleum sponsored factory 936s. These are the long-tailed open Group 6 sports-racers with twin-turbocharged flat-six engines of 2.1-litre capacity that won at Le Mans in 1976 and 1977, although soundly beaten last year by a Renault. The two works cars were little changed since that defeat, apart from a change to the Essex livery of white, red and blue, although sturdier fifth gears had been fitted to avoid the failures that probably cost them the race a year ago. Drivers for two Porsche 936s were Jacky Ickx (trying for a record fifth victory in the 24 Hours), his partner Brian Redman, France’s Bob Wollek and America’s Hurley Haywood.