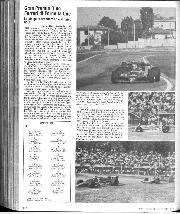 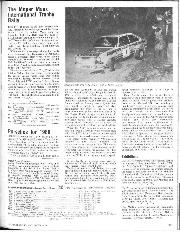 The formality of running a Formula One non-Championship race at Imola so that the circuit can qualify for a World Championship round next season, was treated with a casual air by the Formula One teams, most of whom sent second string cars and second string drivers. Ironically, after Monza everybody had lost interest in going to Imola because the Monza authorities had made such a good job of improving the Milan circuit. Only fifteen cars started and after Scheckter and Villeneuve had fallen back with tyre problems on the same 312T4 Ferraris victorious at Monza, Lauda went through to win, his only win with the Brabham-Alfa BT48 and a brighter note on which to leave Ecclestone's team.

The two Ferraris led from the line, Villeneuve ahead of Scheckter, with Reutemann, Lauda and Brambilla having an unaccustomed close whiff of the Ferraris' exhausts. The four leading cars broke away from the pack and as Reutemann slowed with bad vibrations from the rear end of the Lotus 79 when a wheel weight came off, Lauda took third place.

By the 10th lap both Ferraris were in tyre troubles as the surface grew more slippery and Lauda was able to close right up on Scheckter, disposing of him easily on lap 16. Villeneuve was not so easy to deal with and it was another five laps before Lauda took the Ferrari on the straight between the chicane and the hairpin. Villeneuve scratched past again on the hairpin and held the lead until the same point on the next lap. Lauda led into the hairpin again, misjudged Lauda's intentions and braking point and rammed the Brabham fair and square up the gearbox. The Brabham continued undamaged, but Villeneuve had to pit with a smashed nose section. Refreshed with new tyres and a new nose section the French-Canadian rejoined the race right behind Scheckter a lap later, but by then in tenth place.