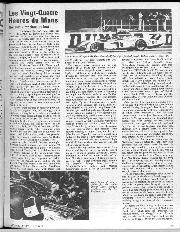 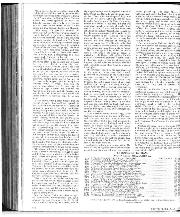 The Le Mans 24 Hours has always been considered as the most important long distance race in the world, right from its inception in 1923. Never has its pre-eminence been more pronounced than this year, however. Held on the weekend of June 10th and 11th, the Automobile Club de L’Ouest’s annual test of speed and endurance round the Circuit of the Sarthe was the only long distance race of this season to attract a major, full works effort from such factory teams as still support sports car racing.

Those few works teams - two, to be precise -did the 24 Hours of Le Mans proud. Both Porsche, hoping to complete a hat-trick at Le Mans, and Renault, striving desperately to avenge last year’s humiliating defeat, entered four cars each, and there was a strong supporting cast of private and semi-private teams to back them up. Porsche’s four cars consisted of three open Gp. 6 machines, labelled 936s, plus the very latest, 3.2-litre 935, the Gp. 5 car that won at Silverstone in May on its maiden outing and the engine of which develops anything between 750 and 850 b.h.p., depending on the setting of its twin turbochargers. Huge yet dramatic looking in its Martini liveried coupe-style bodywork, the 935 was to be driven by Rolf Stommelen and Manfred Schurt.