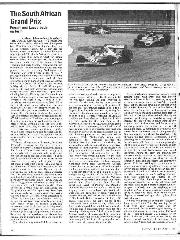 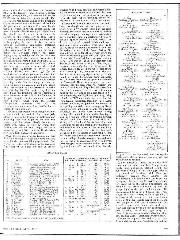 Ferrari and Lauda back on form

The World Championship Formula One scene moved across the southern hemisphere from Brazil to South Africa, for the 78-lap race on the Kyalami circuit, but it travelled via Europe, where the ravages of the Brazilian race were repaired. The South African race runs to a special format of its own, to which few people seem to object, for when you are 5-6,-000 miles from base in the heat of late summer in late February and early March, it would be churlish to complain. The race is held on a Saturday, with practice on the preceding Wednesday and Thursday and with Friday a day of rest. A prize-giving garden party is arranged for Sunday lunch-time and everyone can catch the late afternoon plane to London with ease. Altogether the South African GP offers a nice leisurely holiday trip and the circuit itself offers a good race, for it is fast and interesting, with downhill sweeps, fast and slow bends and a "power-on" climbing hairpin. The long row of pits are in the form of lock-up garages, where everything can be contained and worked on, so that it is not surprising that most teams go out to South Africa early to do some testing. What they test, and what the results are, is not altogether clear, but it seems that first you must practise, to be ready for testing, then you test in readiness for practice, then you practise unofficially in readiness for the official practice, and finally on race morning you do a final test session in readiness for the race. After covering anything up to 300 laps in the weeks before race week, a mere 78 laps for the Grand Prix seems almost pointless, except that 70 or 80,000 people have paid to watch and the 78 laps need to be covered non-stop if you are out to win, and all laps have to be fast ones, not just one or two.