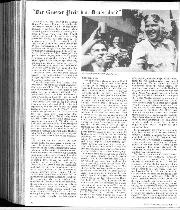 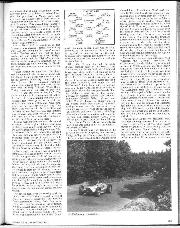 The German round in the Formula One World Championship series for Drivers and Constructors was held on the fast and flat Hockenheim Ring on July 31st with all the regular Formula One teams and drivers taking part. Vern Schuppan remained in the Surtees team, after his promising showing at the British GP, new-boy Tambay was in the second Ensign, while Rebaque replaced Ertl in the second works-supported Hesketh. The German team ran both their Penske PC4 cars, the second one being driven by saloon car driver Hans Heyer, and the Stanley-BRM team had Pilette driving the Bourne car, for no very obvious reason.

The Hockenheim Ring is not the most inspiring circuit and few drivers were very enthusiastic about it, most of them taking it for what it was worth as part of their regular job. It is all centred round a giant concrete stadium, more suited for a Hitler Youth rally than for motor racing, on the infield of which is a “micky-mousy” series of flat curves, which end up in the pits/starting grid area. From the start the course runs round a right hander and out of the stadium on a long “out-and-back” section, each leg being interrupted by a fast ess-bend or chicane. At the far end the course turns more or less through 180-degrees via a very fast right hander that goes on and on and is the only adrenaline-flowing part of the course. It re-enters the stadium (or arena) by a sharp right hander and then convolutes through the stadium wiggles. Drivers had the choice of tuning their cars to be fast on the “out-and-back” section, and slow through the twisty bit, or vice versa. Some drivers made a choice, others had it made for them by the vicissitudes of their cars. Right to the last minute of practice it looked as though Watson’s Brabham-Alfa Romeo would be on pole position, but in the last minutes Scheckter got a clear run with the Wolf, aided by some crafty slip-streaming of other cars, and snatched the best time from the Ulterman. Everyone else who should be up near the front of the grid seemed to be there, except Mass and the two Tyrrell drivers. The number two McLaren driver had crashed his M26 in the untimed practice on Saturday morning, when a tyre deflated, and had to finish his qualifying in an M23, while we have been forced to accept that Peterson and Depailler are not longer in the running with the six-wheelers. Tambay made another good showing with the Ensign, but Regazzoni only just scraped in. Fittipaldi got nowhere at all with his brother’s car, and mechanical trouble caused Merzario to fail. The BRM was last.