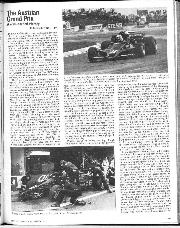 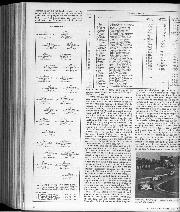 In spite of the Osterreichring being in the middle of the country and difficult of access, from whichever direction you approach, few people miss the annual visit to the very scenic circuit. After the slow, twisty circuits like Monaco and Zolder the high-speed corners of the Osterreichring are refreshing, and after the stadium of Hockenheimring it redressed the sense of proportion of a lot of people, including some of the drivers. Following the lead set by the RAC/BRDC with the British GP over the question of too many entries for too few places, it was planned to have a qualifying day on the Thursday before official practice began in which the more worthy of the new-comers could stake a claim to join in the real thing on Friday. At the last moment the idea was dropped as BRM and a couple more withdrew, so that there was room for everyone on Friday.

There were no serious changes among the regular list of runners and surprisingly there were very few mechanical changes among the cars. The Shadow team was the most notable for change, as Patrese and his Italian backer has disappeared, leaving Tabatip cigars in full command of the advertising space on the cars, and Merzario was co-opted to take over DN8/5A. Alan Jones was driving DN8/4A with narrow fairing around the side radiators and a nose-mounted oil radiator, and his usual car DN8/3A arrived as a box of bits, and was built up into a complete car after the first practice day, but then only as a standby. The Ensign team changed their usual format, planning to use the newer car, MN07, for the race as it was spending too much time just standing about unused. Wolf were ringing the changes on WR1 and WR3, and Ferrari had 031 and 029 to race, with 030 as the spare car. Brabham had resurrected BT45/5B for Watson, in place of 6B and Ligier were planning to race their latest car JS7/03 which is slightly narrower and smaller than JS7/01, which they brought along as a stand-by. The German ATS team entered both of their Penske cars, with a Jarier in the later one and Hans Binder in the original one and a newcomer to the ranks (yet again!) was Ian Ashley with the Hesketh originally driven by Rebaque, now sponsored by Godfrey Bilton and his new Obex Oil company. Of the thirty entries, four were going to be disappointed as a maximum of 26 were permitted on the grid, of which the last six were going to be starting without any payment, according to the union rules of the Constructors’ Association, which is why everyone tries so hard during practice. It is one thing to qualify, but something more difficult to get paid for doing so.