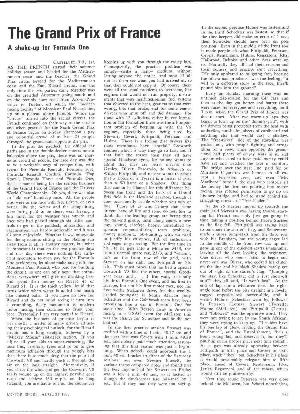 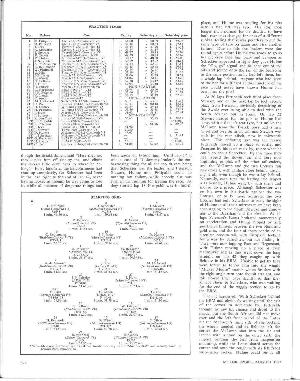 As the French started their summer holiday season and headed for the Mediterranean coast and the beaches, the Grand Prix circus headed for the Mediterranean coast and the Paul Ricard circuit, and the only time the two parties came together was on the crowded Autoroute going south and on the terribly slow road from Aix-en-Provence to Toulon, off which the "modern racing facility" of Monsieur Paul Ricard lies, up on a plateau above Bandol. While the "circus" turned into the racing circuit, the French continued on their way to the seaside and when practice for the Sixth Grand Prix of France began on Friday afternoon a gay and colourful crowd of at least 25 people thronged the grandstand opposite the pits.

In the pits, the paddock, the official car parks and in the double-decker entertainment balconies above the pits, there was an enormous crowd of people, for race day was due to be a veritable orgy of competition, with events for Formula Renault, Formula Fiat, Formula Renault Gordini, Formula "Pop Stars", Formula Three and Formula One, the last-named being for the serious business of the Grand Prix of France and the Drivers World Championship. Oh yes, there was also an "old car" handicap race. All the people who were at the race with free tickets, or even better, like the writer and the competitors, were being paid to be there, were having a fine time, for the weather was superb and once you had passed through six ticket controls to get to the paddock, officialdom and organisation was hardly noticeable and it was all most enjoyable. Whether it was enjoyable for the spectators sitting in the blazing sun away from it all is another matter, but what is important is that on the two practice days and race day there were nothing like sufficient spectators to even pay for the Formula One performers, let alone make any profit for Monsieur Paul Ricard, who paid for building the circuit, so one can only hope that enthusiasts everywhere will give up drinking beer and spend their money on Ricard 45 or Ricard 51, It is the thick yellow liquid that turns white when water is added and tastes like aniseed balls. If you have no love for Ricard and do not mind seeing it turn into a crumbling, dusty monument to modern motor racing, then continue to drink your beer. Personally I am very partial to Ricard.