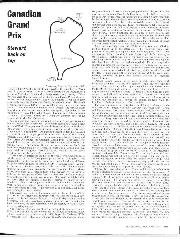 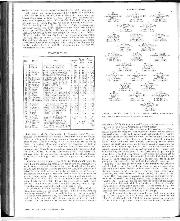 Stewart back on top

Jackie Stewart and Elf-Team Tyrrell will remember 1972 as a year of mixed fortunes. Stewart's season started off well enough with a win in Argentina but after that things started to go wrong. There was the ulcer that put him out of the Belgian Grand Prix and, prior to that, he had unaccountably spun at the Spanish GP which he now says was because his illness was affecting his concentration. He scored a win in the French GP after his lay off but then came another lean period. The publication of his new book "Faster" and various other magazine articles turned many of his fans against him while, on the track, the new Tyrrell 005 had problems. His final race of the European section of the season finished on a singularly unhappy note for he retired within the first 100 metres.

At one stage many thought this would be Stewart's last year of racing but he scotched those rumours. Meanwhile racing had found a new hero and World Champion—a 25 year old Brazilian, Emerson Fittipaldi. But, whatever else is said against Stewart, no one will deny his talent at the wheel of a racing car. On Sunday September 24th he reminded everyone in the strongest possible terms that none of that talent, dedication and skill is missing. In common terms Jackie Stewart and the Tyrrell 005 walked the Canadian Grand Prix. That hard tryer Ronnie Peterson led that race for the first four laps, but after that, it was no contest. At the finish Stewart had opened out over half a lap lead over second man Peter Revson in, what was a Grand Prix that almost did not take place. Fog had delayed the start but mercifully lifted in time for the race still to be staged.

There were 25 entries for the first of the two North American races which bring the World Championship to a close. This year it was scheduled to be the turn of the beautifully situated and very different St. Jovite circuit to host the Canadian GP. However, before the start of the season, the lady owner had fallen out with Canada's motor sporting authorities and, tragically, the track was shut down. Meanwhile, with financial assistance from a big brewery by the name of Labatts, the management of the Mosport Park track in Ontario agreed to hold the race, for a second year running. This track, which is within an hour's drive of Toronto, is also most pleasantly situated in hilly woodland. Due to the vagaries of the harsh Canadian winters the track surface is extremely bumpy and the drivers hoped it would be resurfaced before the race. This was not done but additional armco and curbing had been installed.