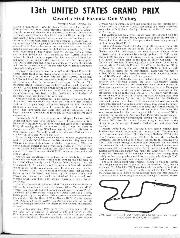 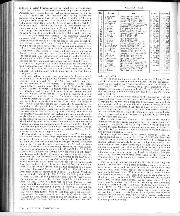 Watkins Glen, October 3rd
What a tremendous season Elf-Team Tyrrell have had in 1971. Their number one driver Jackie Stewart collected the World Championship crown with six victories to his credit, the marque Tyrrell won the Constructors Championship by a country mile and to cap it all their number two, Francois Cevert, scored his maiden Grand Prix victory at Watkins Glen after little over a year in Formula One. It was a just reward for the young Frenchman who has proved to be such an excellent shadow of Stewart on the track, who has scored two fine second places and who proved his skill with a shattering lap record at the Nurburgring. The Watkins Glen victory was worth a record sum of over $65,000 for the team run by Ken Tyrrell, with cars designed by Derek Gardner prepared by chief mechanics Roland Law and Roger Hill in premises that many would turn their noses up at. The Tyrrell team were first in practice and the early laps with Stewart, and then for the remainder of the race with Cevert, totally dominated this year's closing Grand Prix.

Everyone tries especially hard to do well at the Grand Prix of the United States for it is here that a season's profit or loss can be made. First prize is $50,000, the runner-up can expect $20,000, third man $12,000 and from then on downwards to $6,000 for the first man to retire, far more than the teams could ever expect in Europe. The organisers afford it because their publicity machine is able to tempt a genuine 100,000 people to the circuit paying an average of about $12 each for the privilege and because the Grand Prix Corporation is a non-profit-making organisation which, thanks to the enthusiasm of the people concerned, happens to work here.