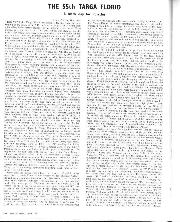 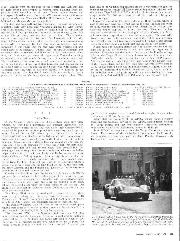 A black day for Porsche

This year the Targa Florio was unusual, for the island was not ringing to the sound of V12 Ferraris as in the past; in fact not even a flat-12-cylinder Ferrari engine rent the Sicilian mountains, for Enzo Ferrari gave the race a miss this year, which was strange, for the little 312P would have been very competitive, but no doubt he felt that one car could not do much against the might of Porsche with their special Targa Florio 908/03 models that they designed for the event last year.

However, it was not the first year without any Ferraris, and no doubt the Maranello sound will be back in 1972. While a Targa Florio without a Ferrari is possible, the Sicilian race without Vaccarella in it is unthinkable, so with no Ferrari to drive, the lecturer from Palermo arranged to drive for Alfa Romeo, having an initial sortie with the Milan team in the Monza 1,000-kilometre race in April. Last year the Autodelta Alfa Romeo team put a terrific effort into trying to win the Targa Florio, it being a race they rate higher than any other round in the Manufacturers' Championship series, believing rightly that all-round development in a race like the Targa Florio will give you real benefit in producing good production road cars. This year, after their recent excellent performances at Monza, Spa and Brands Hatch, they were very confident of the reliability of the Tipo 33-3, entering a team of four works cars and supporting a fifth one for the Scuderia Brescia Corse.