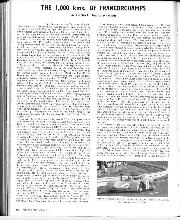 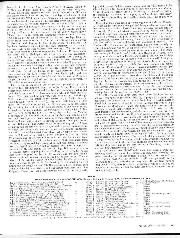 The annual 1,000-kilometre race for sports cars, organised by the Royal Automobile Club of Spa, took place on the magnificent Spa-Francorchamps circuit without any bitching and binding from any outside organisations, or complaints from the participants and used the full-scale circuit, ignoring the "safety chicane" put in at Malmedy last summer for the puny little Grand Prix cars and their timid drivers.

The Francorchamps circuit was at its glorious best during practice, which was held on Thursday and Friday afternoons, in order that some of the drivers could nip across to England to drive "mini-cars" on the Silverstone airfield on the Saturday and return to the job in hand on Sunday. The entry for the Spa race was not large, but it had all the necessary ingredients with two JW Automotive 5-litre Gulf-Porsches, for Rodriguez/Oliver and Siffert/Bell, two similar cars from the Martini Racing Team for Elford/Larrousse and Marko/van Lennep, the sole existing flat-12 Ferrari 312P, rebuilt after its Monza accident, for Ickx/Regazzoni, an Alfa Romeo T-33-3 from Autodelta for de Adamich/Pescarolo, and numerous private teams or scuderias, among the better ones being the Herbert Muller team, with a Ferrari 512M for himself and Herzog and a 512S for Kocher/Wiesendanger, the Filipinetti team with Mike Parkes in charge of a single 512M Ferrari for Manfredini/Gagliardi, and the Auto Usdau team from Germany with their yellow 4.5-litre Porsche 917 driven by Kauhsen/Jöst.