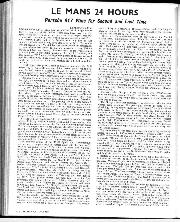 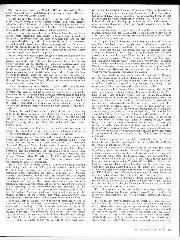 Le Mans, June 13th.
Undoubtedly Le Mans has lost much of its old magic and in this, the last year of the present 5-litre cars, there were few high spots as the most famous of all sports car races played itself out. The casualty rate amongst the fancied runners was high, and of the nine Ferrari 512Ms and seven Porsche 917s only two of each marque remained twenty-four, travel-stained hours later. The winner was the second-string Martini Porsche driven extremely competently by two relative newcomers to big-time sports-car racing, Helmut Marko and Gijs van Lennep. Fruitless chase of the Austro-Dutch pair was given in the closing quarter of the race by the third, and sole surviving JW Automotive Engineering entry of Richard Attwood and Herbert Muller. They closed the gap to only two laps at the finish but there is no doubt the Martini car still had something in hand.

French hopes were given a boost at breakfast time when the shrill Matra 660 of Amon/Beltoise moved into second place, but at 8.45 a.m. the fuel injection system broke and the car was abandoned, leaving the privately-entered Ferrari 512Ms of Americans Adamowicz/Posey and British pairing Craft/Weir into third and fourth positions.

This year the weather was kind and, with not a hint of rain during the night, the average speed stayed high and the winners covered a record distance, further than the 7-litre Mk. 2 Ford of Foyt/Gurney which covered 5,232.9 kms. in 1967, before the chicane was built.

The 1971 Le Mans 24-Hours will go down as one of the less memorable races for a variety of reasons. Perhaps the main one was that, with a couple of minor exceptions, there were no really new models in the race in this last year of the 5-litre cars. There were no official, or for that matter semi-official, entries from Ferrari or Alfa Romeo and there was a disappointing lack of 2-litre Group 6 cars which are now far too busy with their own championship to bother with this car-breaking race. Thus the field was made up with a very large number of make-weight Porsche 911s which proved thoroughly boring to watch and probably rather boring to drive except when you had a Ferrari 512 lapping you on one side and a Porsche 917 on the other!