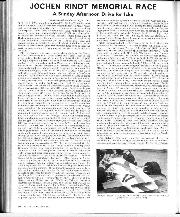 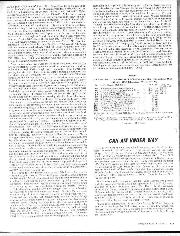 A Sunday afternoon drive for Ickx

Hockenheim-Ring, Germany, June 13th
With the ban on the Belgian Grand Prix by the CSI the Formula One world was faced with three clear weekends between Monte Carlo and the next event, due at Zandvoort. For some who were repairing the ravages of Monte Carlo this was a good thing, while others were taking the opportunity to enlarge their stock of 1971 material and cars. In view of this enforced lay-off the Badischer Motor Sport Club of Hockenheim organised a Formula One event in a day of mixed racing at the Hockenheim Motodrom on the 6.788-kilometre road and stadium circuit, and called it the Jochen Rindt Memorial Race. As the Motodrom already has the Jim Clark Memorial Race on its calendar the great concrete stadium is beginning to take on a rather macabre character.

All the Formula One teams except Matra (busy at Le Mans), Brabham (recovering from Monte Carlo) and Tyrrell (busy in the wood-yard) took advantage of the excellent financial offers of good starting money and a £6,000 first prize, to send cars and drivers and combine it with an early arrival at Zandvoort the following week. For what the Germans describe as a "farmer's race" there was a surprisingly good entry, the only people being missing were those like Siffert and Rodriguez, contracted to drive at Le Mans, as were Amon and Beltoise, and Hulme and Stewart who were driving in Can-Am at Mosport. What should have been a quiet, pleasant weekend of gentle motor racing actually turned out to be a mechanical holocaust and by Saturday evening there was more work going on in the paddock than was reasonable for such a small event, and it had been going on all Friday as well, even before the short practice session in the afternoon.