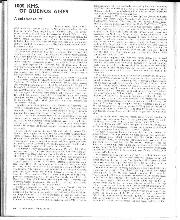 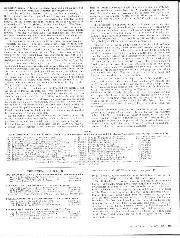 For the first time in 11 years a World Championship race was held at Buenos Aires, Argentina, on January 10th. The circuit, where Bruce McLaren won the Argentine Grand Prix in 1960, features a combination of circuit layouts, open grandstand seating for 80,000 people the whole length of the pits straight, and modern facilities. Last year two sports-car races were held as a preliminary, and last month the first round of the World Championship for Manufacturers was held.

Organising the event was the YPF Club, which is an offshoot of the Government-controlled YPF fuel company. This in itself led to problems with Shell and (particularly) Gulf-serviced teams, notably Ferrari and John Wyer's Porsches, but every car which took part was plastered with the Club's decals. Expense was no object so far as the organisation was concerned; generous start money, plenty of free air tickets, local expenses and transport were all taken care of, and hospitality even extended to free snacks and soft drinks in the paddock and pit areas. Some drivers were heard to remark that this made a nice change from some European venues where their presence is seemingly tolerated rather than welcomed.

Much interest centred on the new Ferrari 312P, which was making its race debut, entered by SEFAC Ferrari for Ignazio Giunti/Arturo Merzario. The tubular reinforced monocoque car has had a hurried development programme at the Paul Ricard circuit in France, the factory's local Modena circuit and at Kyalami. The prototype had run 2,000 kms. prior to the race but, said Peter Schetty (the new team manager), still needed some more detail work to be carried out. It is 30-40 kilogrammes lighter than the rival Matra and Alfa Romeo prototypes, scaling 600 kg. ready to race, and is powered by the flat-12 Formula One engine which gives 450 b.h.p, when prepared for long-distance racing.