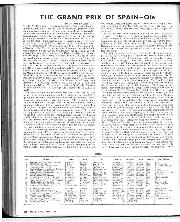 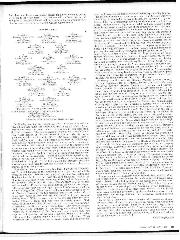 AFTER MORE than a reasonable amount of confusion, caused in part by misinterpretation of decisions, lack of unanimous agreement among team managers, a willingness by the organisers to change decisions that created even more confusion and an untimely intervention by the FIA representatives, the twenty-two drivers who turned up for practice got through two days of practice and sixteen of them eventually lined up for the start. First practice was on Friday, more or less from 10.30 a.m. to 2 p.m., and when it Started the pits seemed to be knee-deep in March cars, the way it used to be with 250F Maseratis in the mid-1950s. The Tyrrell team had three blue ones, the STP-March works team had a red one and two Dayglow red ones, and the STP Corporation had their car now painted in Dayglow red colours. Stewart was driving 701/2, with 701/4 as a spare, Servoz-Gavin had the new 701/6 and in the works team Amon had 701/1, with the new lightweight 701/7 as spare, and Siffert had 705/5, while Andretti had 701/3. There were five Lotus cars, the brand new 72/2 for Rindt, the prototype 72/1 for Miles, the old 49C/R10 on loan to Soler-Roig, the other works 49C/R6 as a spare, and Hill in Walker's 49C/127. McLaren Racing fielded three cars, M14A/2 for Hulme, the completely rebuilt M14A/1 for McLaren and the new Alfa Romeo-engined M7D/1 for de Adamich. BRM also had a three-car team, with 153/01 for Oliver, 153/02 for Rodriguez and 153/03 for Eaton, while the rest were two-car or single-car teams, comprised of Matra with Beltoise in MS120/01, and Pescarolo in MS120/02, Brabham with himself in BT33/2 and Stommelen in BT33/1, Ferrari with 001 and 002 for Ickx, De Tomaso-Williams with 505/38/1 for Courage, and Surtees with his McLaren M7C/1.