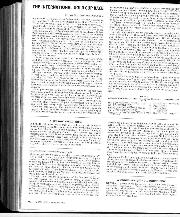 The annual Gold Cup race at Oulton Park is the only opportunity for enthusiasts in the North of England to see Grand Prix cars and Grand Prix drivers in action, so that even if the entry of star turns is small it is always appreciated by a large proportion of spectators. To those lucky enough to witness all the Formula One races, and to the blasé, the appearance of five Grand Prix cars at the pleasant Oulton Park circuit may have seemed inadequate, but it is worth remembering that at every race meeting there must be some spectators seeing the cars for the first time. The entry may have been small but it was very select, consisting of Rindt with the works Lotus 72C/R2, Surtees with his own TS7/001, Oliver with the works BRM 153/04, and two brand new cars, the Rob Walker Lotus 72C/R4 for Hill and the newly-announced Tyrrell-Cosworth V8 for Stewart, with his March 701/4 as a stand-by. The rest of the field was made up with Formula 5000 cars and drivers, the quantity and quality of which can only be described as miscellaneous.

The event was run in two heats of 20 laps each, the winner of the Gold Cup being decided on aggregate times, a strange and rather unsatisfactory way of running what was once a small classic motor race. Rain in practice made a complete nonsense of lap times and the grid for the first heat, as some drivers managed a lap in the dry and others did not. The new Tyrrell car was plagued with engine bothers and right up to the time of the warm-up lap Stewart was undecided whether to start in the second row with the March, or from the back of the grid with the Tyrrell with which he had not recorded a time. The weather was warm and dry for the race so he chose to drive the Tyrrell from the back of the grid, and though there was little hope of winning he could at least learn something useful about the new car under racing conditions.