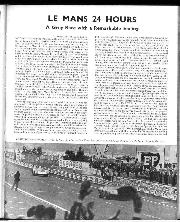 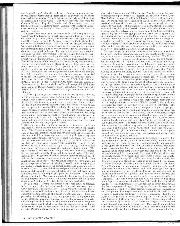 A Grey Race with a Remarkable Ending

No matter what the situation in the annual Sports Car Manufacturers' Championship, everyone wants to win the Le Mans 24-hour race, not only because it was the one that started sports-car racing, but the very fast Le Mans circuit is a severe test of machinery, and 24 hours of such testing is very convincing to the outside world. Before Le Mans began Porsche had won the 1969 Championship, with outright victories at Brands Hatch, Monza, Targa Florio, Spa and Nurburgring, and if the Championship had been their only interest they could justifiably have stayed away from Le Mans, but unlike driver champions who are only interested in points winning, the Porsche Racing Department were out to win the 24-hour race, regardless of any Championship. They arrived in France with an enormous mass of men and material, with three long-tailed 908 coupés, the flat-8-cylinder 3-litres, one new open or Spyder 908, with a new long-tailed body, and four of the incredible 917 coupés, with 4½-litre flat-12-cylinder engines. One of the 917 coupés was destined for the first customer, the Woolfe Racing Team, for Woolfe and Martland to drive, but the latter driver tried it in practice and decided it was more than he could cope with. In consequence the works driver Linge was loaned to the Woolfe team to co-drive with the owner. The Porsche works team of drivers shuffled around amongst the various cars during practice, and Siffert/Redman settled on the open 908, Mitter/Schutz, Herrmann/Larrousse and Kauhsen/Lins settled on the long-tailed 908 coupés, and Stommelen/Ahrens and Elford/Attwood on the 917 coupés, the factory spare not being used.

Since the ban on aerofoil assistance, Ferrari, Matra and Alpine had re-arranged their bodywork to comply with the rules, their aerodynamic assistance having been very much an afterthought addition to the cars. On the long-tailed 908 coupés and the 917 coupés Porsche claim to have designed and developed aerodynamic stabilisers as part of the bodywork, comprising a fixed aerofoil across the tail with small trim-tabs actuated by links from the rear suspension. The mechanism certainly works, but how effective it is is another matter, but Porsche were refusing to run without the trim-tabs. In practice Stommelen took out a 917 with the trim-tabs fixed and demonstrated to gullible marshals and organisers that the car was virtually undrivable, giving the impression it was out of control. With a car having somewhere around 500 b.h.p. and an all-up weight of just over 2,000 lb. it was not difficult to make it look hair-raising! While none of the other competitors made any official protest, they made it clear that they thought Porsche were not complying with the new C.S.I. ruling and such C.S.I. members who were at Le Mans stuck rigidly to the letter of the law, and for once the A.C. de l'Ouest were on the side of Porsche. After much chatter from all sides it was agreed that the 917 coupés could use movable trim-tabs but the 908 coupés would have them fixed at the optimum angle. The open 908 did not have them anyway. Some of the idea of the performance available from the 917 was shown by Stommelen when he went round the circuit in practice in 3 min. 22.9 sec.—238.976 k.p.h. (about 148.5 m.p.h.), the performance coming from the car's acceleration rather than its maximum speed, which was around 190 m.p.h.