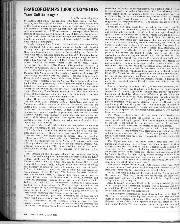 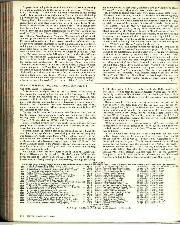 Team Gulf do it again

Falling between the gruelling 1,000 Kms. race at the Nurburgring and the projected Le Mans 24 Hours, the annual Grand Prix de Spa meeting was not expected to be too well supported. However, in this season of meagre factory support, only the "works" Autodelta Alfa team stayed away. J. W. Automotive did not repeat their German mistake of splitting the well-balanced team of Ickx and Redman, and they had their normal GT40, while the team put Hawkins and Hobbs together again in a brand new standard (heavy-weight) chassised GT40 fitted with a 5-litre engine.

Porsche brought along four cars and six drivers, and after finding the long-tailed 908 3-litre coupé wandering badly under braking although much quicker between the corners, Elford/Neerpasch and Herrmann/Stommelen were paired in the remaining two short-tailed 908s, with Mitter/Schlesser taking the 2.2-litre 907. Following Irwin's bad crash at Nurburg, Alan Mann Racing brought along just one of their 3-litre Cosworth V8-powered Ford prototypes for Gardner, and paired him with Spa expert Hubert Hahne for the race. Alpine, having had their latest A220 Gordini V8-engined car wrecked by Grandsire in Germany, appeared with last year's original A211 3-litre car for Grandsire again (still with a bandaged hand) and Mauro Bianchi, while Matra produced a lengthened version of their type 630 coupé using their new 3-litre V12 engine. This was to be driven by Pescarolo and a young French club driver, Mieusset. Last of the "big" Group 6 prototypes was the Marcos Mantis, being shaken down for Le Mans and powered by a 3-litre type 740 Repco V8 engine. It looked very much a styling exercise, and seemed frail and rather spidery in construction and nobody really seemed too keen on driving it. Eventually Eddie Nelson, whose private GT40 had broken its engine at Nurburg, drove the first and only stint, while constructor Jem Marsh nominated himself as number two.