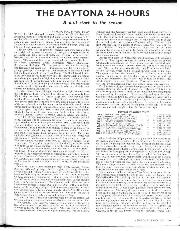 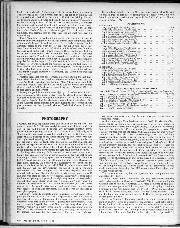 WHEN the F.I.A. changed the regulations in the middle of last year governing sports prototype racing, it didn't give a fair chance to the two long-distance races early in the year at Daytona and Sebring to obtain a very good entry. So, as was expected, the 24-hours of Daytona was only a shadow of the battle between Ferrari, Ford and Chaparral that took place during the 1967 race.

With the demise of the giants the Porsche team were prepared for an outright win to start the season. A new 907 prototype arrived in December and did a series of tests, only to finish in pieces when Neerpasch crashed in a spectacular way, but without much personal injury. This car, and three others completed since, were to be driven by Siffert, Herrmann, Elford, Neerpasch, Mitter, Stommelen, Buzzetta and Schlesser. The new 907, as the car is called, is long, like last year's Le Mans cars. The engines are flat-eight 2.2-litres, giving 270 b.h.p. The engine is a development of the ones used in hill-climbs and annually at the Targa Florio. The Bosch fuel-injection inlets have been moved to the very lip of the downdraught air intakes from the original position of right into the manifold. The oil radiator has been moved further forward until it is now right in the point of the wide nose, the hot air ducting out over the nose. The cars weighed 1,353 lb., which is lighter than the 2-litre flat-six, one of which was entered by Steinemann/Spoerry.