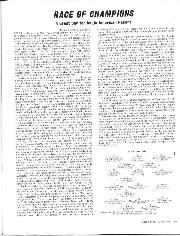 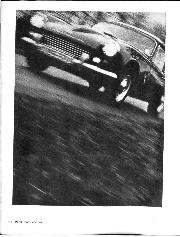 A Great Day for Anglo-American Racers

Brands Hatch, March 12th: With the help of the Daily Mail newspaper the B.R.S.C.C. revived their Race of Champions, which was first organised in 1965, and they gathered in an excellent entry of Grand Prix cars and drivers, the only notable omissions being the works teams of Lotus and B.R.M. Details of the cars and drivers are enlarged upon in a separate article, but the entry list read as follows : Brabham, Hulme with Brabham-Repco V8s, Rindt, Rodriguez with works Cooper-Maseratis, Gurney, Ginther with Eagle-Weslake V 12s, Surtees with a lone Honda V12, Amon, Bandini and Scarfiotti with works Ferrari V12s, McLaren with his latest car with B.R.M. V8 engine, private-owners Ligier and Anderson with Cooper-Maserati V12 and Brabham-Climax 4-cylinder, respectively, Siffert with the Walker/Durlacher Cooper-Maserati, Spence with a works H16-cylinder B.R.M. entered by Tim Parnell, Irwin with a Lotus-B.R.M. V8 from the same team, Lawrence with the Cooper-based Pearce-Ferrari V12 of John Pearce, Courage with the Charles Lucas Lotus-Martin V8 and two F.2 Matra-Cosworth 1,600.c.c. cars for Beltoise and Ickx, making a total of twenty cars.