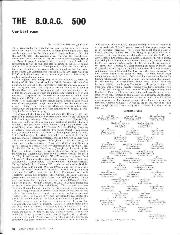 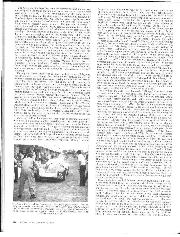 It is remarkable, hut true, that we have not had a serious motor race, other than Grand Prix events, in Great Britain since 1959; this was brought home forcibly when practice began at Brands Hatch for the B.O.A.C. 500. The assembly of cars was such that British spectators must have wondered if they were not at Nürburgring, Spa or Le Mans. It seemed impossible that it was in Great Britain, and furthermore it was the final, and critical, round in the Prototype and Sports Car Manufacturers' Championship. The last time that we had a race of sufficient importance to be considered worthy of inclusion in the Sports Car Championship was the T.T. in 1959, after which the R.A.C. let it die and our country became a great sea of club racing of no International importance.

That vigorous and enterprising club, the B.R.S.C.C,, with the backing of Sir Giles Guthrie and the British Overseas Airways Corporation, put us back on the International calendar and were rewarded by a really fine race. The only pity was that it had to be held at Brands Hatch, a circuit that was not really large enough for a race of this calibre and one to which the public seem reluctant to go in vast numbers. In spite of this the race was a huge success and if Nick Syrett and B.O.A.C. have their way it will become an annual classic event. The inadequacy of the Brands Hatch circuit to cope with a race of this magnitude brought home the fact that Great Britain has a surfeit of good club circuits, on which our organisers have concentrated, at the expense of a first-class National circuit to equal Monza, Spa, Le Mans or Nürburgring.