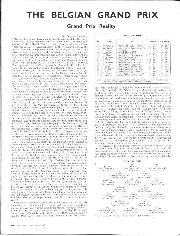 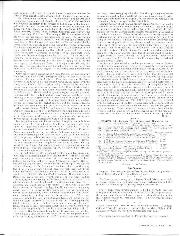 Unlike the French, German and English national clubs, the Royal Automobile Club of Belgium have no doubts about the status and location of their Grand Prix. It takes place on the magnificent " National Circuit of Francorchamps " in the wooded hills above the town of Spa, and it represents Grand Prix racing at its best. The entry list was very similar to that at Zandvoort, as were the cars, Ferrari running the same three cars and drivers, Amon, Scarfotti and Parkes, Honda had Surtees with their two 12-cylinder cars, B.R.M. had Stewart with an H16 and a Tasman V8, and Spence with a V8, Parnell with his Lotus-B.R.M. V8 and an H16 B.R.M. for Irwin, Team Lotus with the two Type 49 cars for Clark and Hill, the Brabhant team with the new car that practised in Holland, but now with a F.1 Howland gearbox, for the owner, and the 1965 chassis with 1967 engine that Brabham raced in Holland, for Hulme. Cooper had the same three cars as Zandvoort for Rindt and Rodriguez, and Gurney had Eagle number 104, the lightweight titanium car and a spare car and engine. Anderson, Bonnier and Ligier had their own cars and Siffert the usual Rob Walker car. A.A.R.-Eagle would have entered McLaren on one of their cars hut were short of a good spare engine.

Practice from 4 p.m.-6 p.m. on Friday and Saturday afternoon saw Clark dominate everyone in the Lotus-Cosworth (Ford) V8 and while he was expected to go fast, few people were prepared for the speeds he achieved. Last year in practice Surtees was fastest at 3 min. 38.0 sec., without too much effort with the 1966 Ferrari, so it was natural that 3 min. 40.0 set, this year should be minimum lap time for any works driver. In May the Chaparral driven by Phil Hill had lapped at 3 min. 35.6 sec. (approx. 146 m.p.h.) so that the good 3-litre Grand Prix cars could expect to beat that, and it seemed within the bounds of possibility for a real flyer to approach 3 min. 30 sec. by the end of the second day. The Lotus cars had small air deflectors on the sides of the nose cowling as they were anticipating reaching 190 m.p.h. and there was a feeling that the front might suffer from aerodynamic lift; Brabham was also trying similar deflectors. B.R.M. arrived prepared to be depressed by the performance of the H16 cars and had lent one to Parnell, but before practice was very old they had snatched it back for Spence to drive, as they were agreeably surprised by the way the cars were going. Stewart tried a V8 and an H16, As did Spence, and both soon settled for the 3-litre 16-cylinder cars which were getting well wound up on the fast descent to the Masta-ess-bend, even if they lacked some steam up the long drag from Stavelot to Francorchamps. Irwin felt his way round in Parnell's Lotus-B.R.M. V8, then had a go in the H16 before it was snatched away, and finished up in the Tasman V8 that the Parnell team had used at Monaco. By 5 p.m, times were beginning to fall below 3 min. 40 sec. for a lot of drivers, but the Brabham team were not happy, for Hulme thought the handling on Brabham's old car was awful and did not do any flying laps, so was untimed officially. Brabham had a go in it and seemed happy enough, but neither Repco engines were giving enough power to challenge the Cosworth engines. Towards the end of the second hour both Team Lotus drivers began to use their 400 b.h.p, and everyone sat up when Clark did 3 min. 31.5 sec. and Hill 3 min. 32.9 sec., while a watchful eye was kept on Gurney as he had done 3 min. 34.1 sec. on a lap where he slowed up and came into the pits at the end. Then Clark really showed who was the Grand Prix master-driver by clocking 3 min. 31.2 sec., followed by 3 min. 29.0 sec., an average speed of 242.870 k.p.h. (approx. 151 m.p.h.) including the bottom gear hairpin at La Source – Grand Prix driving in its purest form. Just before practice ended Gurney gave an impressive reply with 3 min. 31.2 sec., the Eagle being in fine form. As Colin Chapman was not terribly satisfied with the Lotus chassis performance, one wondered what was to happen when he and Clark considered it to be right!