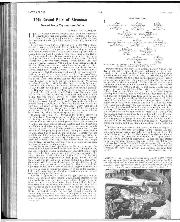 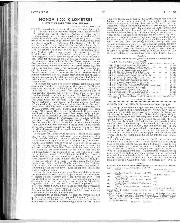 Ferrari has a try-out—and wins

Unlike certain British racing circuits, the Ente Autonomo Circuit Siracusa was undeterred as putting on the first Grand Prix in Europe for the new Formula One and ran their traditional 56-lap (308 kilometres) race, inviting an entry of 14 cars.

Ferrari sent John Suttees with the new 3-litre V12-cylinder car and Lorenzo Bandini with the car built for the last Tasman series, but which did not go due to Surtees being in hospital. This was one of last year's G.P. cars fitted with a 2.4-litre Dino V6 from the G.P. Formula of 1954-60, as used in the last of the front-engined cars. It was brought up to date with Lucas fuel injection, but was otherwise like the old Dino 246. The Rob Walker/Jack Durlacher team entered Joseph Siffert with their brand new Cooper-Maserati V12 and loaned the Brabham-B.R.M. V8 that Siffert drove last to Joakim Bonnier, but with a 2-litre version of the Bourne engine. Frenchman Guy Ligier had the second brand new -Cooper-Maserati V12 to be delivered to a private owner. Jack Brabharn entered himself with the Repco V8-engined car and Denis HuIme with a 2.7-litre Coventry-Climax 4-cylinder-engined car, while a similar engine was fitted in one of the Parnell Lotus cars of last year for Paul Hawkins to drive. Parnell's other Lotus was fitted with a 2-litre B.R.M. V8 engine and should have been driven by Mike Spence, but his foot injury received in the Formula Two race in Barcelona kept him away, so David Hobbs took his place. Bob Anderson had the Tasman type Brabham chassis with 2.7-litre Coventry-Climax 4-cylinder engine that he built for the South African races last winter, and Vic Wilson was driving the newly acquired 1965 B.R.M. with 2-litre late-type engine, owned by Team Chamaco-Collect. Roberto Businello should have been there with the car built by Alf Francis, consisting of a 1965 works Cooper chassis, suitably altered, using a 3-litre A.T.S. sports V8 engine, but he did not turn up. To complete the list were Andre Wicky with an old Cooper chassis powered by an early 2-litre B.R.M. V8 engine, and Giancarlo Baghetti who had been loaned an ex-works Lotus 33-Climax V8, the one driven by Spence last season.