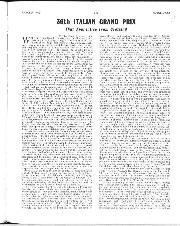 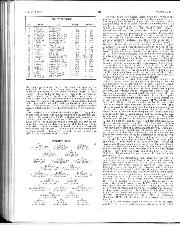 That Apprentice from Scotland

With no major Grand Prix race since the German Grand Prix at the beginning of August, the factory teams had plenty of time to prepare themselves for the annual high-speed race at Monza, on the 5.75-kilometre road circuit. A very full entry was received and Lotus, Brabham, Ferrari and Centro-Sud fielded three-car teams, the Ferrari one actually being a four car team on paper, but three in reality. From Maranello came three 12-cylinder Ferraris, numbers 0007 and 0008, that were at the Nurburgring, and 0009, a brand new one; and these were accompanied by 0006 which is the last of the V8 Ferraris. Surtees, Bandini and Scarfiotti were entered on the 12-cylinder cars, though the last-named did not appear and Surtees thus had two cars at his disposal. The 12-cylinder engines, had been improved with new cylinder heads having a different inlet-port angle, so that the long intakes, with Lucas fuel-injectors in them, were no longer vertical but inclined slightly outwards. Apart from improved brake calipers, as on the 12-cylinder cars, the V8 which Vaccarella drove was seemingly unchanged. In the official entry list Surtees was entered under number 2, and Scarfiotti under number 8, but in both practice sessions Surtees drove both cars and made his fastest laps in number 8, which was the latest car.