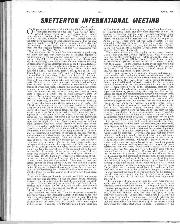 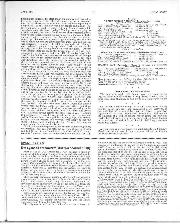 On paper the Snetterton Motor Racing Club had organised a first-class meeting to open the "Old World" International racing scene, with three decent-length events rather than a collection of sprint races. They were to be for Formula One cars, Formula Three cars, and Touring Cars, and the entry gave prospects of some interesting racing, but pre-race troubles, practice, the R.A.C. and the weather made a fiasco of the meeting. In past years the Lombank Finance company sponsored this opening meeting, but this year sponsorship was taken over by the Daily Mirror.

The main event for Formula One cars attracted a good entry and many new cars were expected but, as so often happens at the beginning of the season, cars were not ready or parts were late in being delivered; however, in spite of such things there was an interesting collection of cars for this opening meeting. In accordance with the agreement made by the F.1 manufacturers the teams were allocated numbers in relation to their results in the 1963 Manufacturers' Championship; Team Lotus were numbers 1 and 2, the B.R.M. team 3 and 4, and so on. The Team Lotus entry was two 1963 cars for Clark and Arundell, one modified in many ways, to become a Type 25B, the other being a normal Type 25.