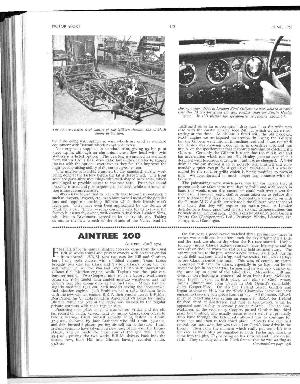 Entries for the annual Aintree 200 race came from the usual British works teams and private owners with no intervention from abroad. B.R.M. sent two cars for Hill and Ginther, both being 1962 chassis with modified engines, Team Lotus brought two cars for Clark and Taylor, Clark's being the car with which he won the Pau and Imola G.P.s with short-stroke Climax fuel injection engine, while Taylor's was the 1962 carburetter model. Two Coopers came from the factory, McLaren's being the 1963 model with angled anti-dip wishbones and the driver's seat also doing duty as the fuel tank. Maggs had the slightly modified 1962 car, both models having the short-stroke, fuel injection engine. Jack Brabham had a 1962 Brabham fitted with the new Climax engine, B.R.P. their regular Lotus-B.R.M.s, Reg Parnell his V8 Lola for Chris Amon and V8 Lotus for Jimmy Blumer, while the rest of the entry was formed by the regular private entrants with their regular cars.

Practising took place in good weather on Friday and the old lap record of 1 min. 54 sec., held by Jimmy Clark, soon began to take a beating, Clark himself actually being fastest in 1 min. 52.4 sec., followed by Jack Brabham who did 1 min. 53.2 sec. and then burned a piston, putting himself out of the race. Innes Ireland seems to have taken on a new lease of life with the Lotus-B.R.M. and he made the front row of the grid with 1 min. 53.4 sec., putting the two works B.R.M. drivers back into the second row, both Hill and Ginther having recorded 1 min. 53.8 sec.