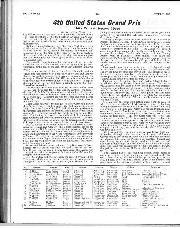 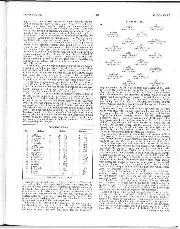 THE success of last year's race guaranteed the return this year to Watkins Glen of the Fourth U.S. Grand Prix. Whereas last year the Drivers' Championship had been settled before the race started, this year's race could still mean a change in the final result.

Watkins Glen, situated in North-West New York State, is the area known as the Fingers Lakes Region and is on the southern tip of Lake Seneca. Many circuits are situated in beautiful surroundings but, at this time of the year, few can be as lovely as these woods with the magnificent colouring that Autumn gives the trees, some green and others going through shades of brown to pinks and reds.

The 2.3-mile circuit is situated 5 miles south of the town, high above the lake, and the weather, which is beginning to get temperamental at this time of the year, can be very different in the two places.