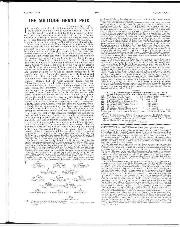 It was unfortunate that the Solitude-rennen had to be held in the middle of July, for it came between the French Grand Prix and the British Grand Prix, and due to the proximity of these two major events the German race suffered in entries. After the mechanical mortality at Rouen the Solitude entry suffered even more. The date chosen was beyond the control of the A.D.A.C. as it had to fit in with the motorcycle World Championship calendar.

Of the 22 original entries, Team Lotus had to scrub their third entry as they had only two cars left after Rouen, Porsche could only field two works 8-cylinder cars, U.D.T. - Laystall had to scrub both their entries and Bowmaker withdrew their lone Lola that Surtees should have driven. The result was a very sparse entry consisting of four works cars capable of putting up a battle and the rest were private owners who could do little but battle between themselves. Clark had the new Lotus 25 he drove at Rouen and Taylor the new Lotus 24 with which he did one lap at Reims, both having Climax V8 engines, the Type 25 with a 5-speed ZF gearbox and the Type 24 with a 5-speed Colotti gearbox, Gurney had a brand-new Porsche 8-cylinder, similar to his Rouen-winning car, and Bonnier used the car he had in France, having had all its troubles put right. Among the private owners de Beaufort and Schiller had their 4-cylinder Porsches, and Settember and Campbell-Jones had Emerysons, both with Climax 4-cylinder engines. Burgess had the Anglo-American Equipe Cooper-Climax Special, with the side radiators replaced by a normal front mounted radiator, in the interests of weight distribution rather than cooling, and Frenchman Collomb was making his re-entry into Formula One racing after his Bruxelles crash, having bought the 1961 Yeoman Credit Cooper Special with the narrow bodywork. Kuhnke and Sieffert had old Lotus 18 models, and Joseph Siffert, the good Swiss driver, had his new Lotus-B.R.M. V8, lending his 4-cylinder car to local driver Mitter. Finally there was Marsh with a Marsh Special comprising an early rear-engined B.R.M. chassis with Climax 4-cylinder engine and Cooper gearbox.