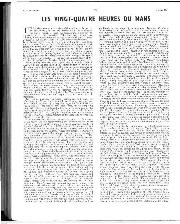 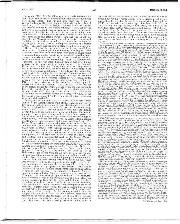 The Le Mans race cannot make a claim to fame as being the best motor race, nor can the Sarthe circuit be considered the best on which to race; the organisation is not beyond reproach, new are the regulations. There are many faster, more difficult, more severe, more interesting, more exciting motor races in Europe, but on one count Le Mans stands unchallenged. It is the longest motor race. From 4 p.m. on Saturday, June 11th, until 4 p.m. on Sunday, June 12th, the competitors have to drive round and round the 13.461-kilometre circuit, racing or touring, depending on what they are trying to achieve. In fact, for the competitors the event starts on December 2nd of the previous year, for that is the opening day for the receipt of entries and from then until the start the competitor or team manager can spend all his time in preparation of the car and minute study of the vast list of regulations. Le Mans is indeed the longest motor race.

From midday Saturday until 3 p.m. the pit area is complete chaos, with all the cars lined up in echelon in front of their pits, the faster cars at the beginning of the pits, the slower cars way up the other end, this being to avoid the really fast cars having to cover the whole length of the pit area when stopping during the race. During this initial three hours, cars are finally checked by the scrutineers, tanks are drained, refilled and sealed, pits are organised and a vast crowd mill about the cars. In spite of the fact that the paying public cannot get access to the pits the crowd on the track is enormous and walking from one end of the pits to the other one can almost guarantee to see everyone and anyone who is connected with motor racing. Even though a drizzling rain was falling, this year was no exception and it was like an annual garden party, which in fact the Le Mans race really is for everyone except the poor suffering drivers, mechanics and pit personnel.