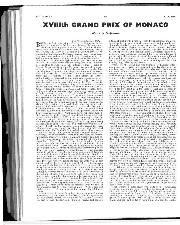 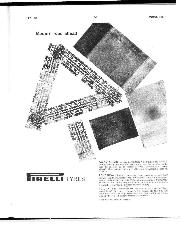 Being the first major Grand Prix of the European season, everyone was out in full force and the entry list was one of the most interesting seen for some time. The B.R.M. team had three of their 1960 rear-engined cars, with Bonnier, Gurney and Graham Hill as drivers; Cooper had their two 1960 ears in the hands of Brabham and McLaren, these new cars looking much improved, lower and squatter, with five-speed gearboxes and coilspring rear suspension, and they also had one of last year's cars as a spare. The other two 1959 works Coopers have been sold, one to C. T. Atkins, which was now being driven by Salvadori, aid the other to Fred Tuck, who entered Halford to drive it. Yeoman Credit had their three Formula s Coopers all immaculately turned out, with Brooks and Bristow as drivers, the third car being kept for practice, and Naylor was there with his homebuilt J.B.W.-Maserati. The works Lotus team were there with three 1960 rear-engined cars, for Ireland, Stacey and Surtees, and a fourth car, identical to the works cars except for larger-diameter radius rods to the rear wheels and the fact that the car was blue and not green, was being run by the Walker team for Moss to drive. The Scuderia Eugenio Castellotti, a private Italian concern, entered Scarlatti to drive a new car called a Cooper-Castellotti, which comprised a F1 Cooper chassis fitted with a four-cylinder Ferrari engine of Squalo type, driving through a Collotti five-speed gearbox.