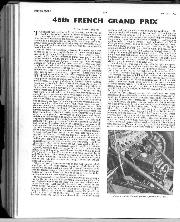 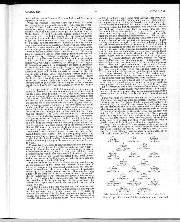 THE annual race meeting at Reims is always an exceptional one for it is characterised by a surplus of time, unlike some meetings, and the Automobile Club de Champagne can close the roads which form the permanent circuit very easily. In addition it is a meeting that is essentially one of high speed, the circuit being roughly triangular with very fast straights, one of them downhill and more often than not with the wind blowing downhill as well.

Practice began on Wednesday afternoon in a rather quiet way at first, for it was for Formula Junior cars, there being a Junior race due to be run on Sunday as a sort of "fill." Only three cars turned out for this first practice so things were not greatly disturbed, though at 6 p.m. the Formula 1 cars took the track and then there was some very high-speed motoring. The two works Coopers of Brabham and McLaren were off at once and went round together to look at the circuit and weigh things up. B.R.M. had but one rear-engined car at the pits, for Graham Hill, though Bonnier and Gurney were standing around hopefully expecting their cars to arrive, which never happened. There were three 1960 Ferrari works cars, all with front engines, and driven by Phil Hill, von Trips and Mairesse while Ginther was around and many people thought he should have driven instead of Mairesse. To the surprise of many, including the Scuderia Ferrari, Ginther went out in a Scarab, in place of Reventlow, while Daigh took out the other Scarab. There was a lone Vanwall entry, driven by Brooks, and this was a new car, developed from the interim 1960 model which ran at Goodwood at Easter. This new car, still with front-mounted engine, had independent rear suspension and a new five-speed gearbox and the overall height and been reduced considerably, while the tail was small and round, with no headrest or scientific streamlined shape.