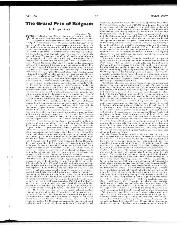 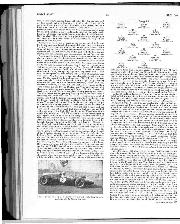 When the Belgian Grand Prix was last run, in 1958, the organisers slipped up in their estimation of the performance of the competing cars by holding the race over 300 kilometres on the superfast Spa-Framcorchamps circuit. The reality was that the event was all over in 1hr. 37 min for the average speed of the winner was nearly 130 m.p.h. and as an important Grand Prix it was rather ludicrous. Due to to financial wrangles there was no Belgian Grand Prix in 1959 but this year the magnificent 14.1 kilometre circuit in the Fagnes mountains, not the Ardennes as is popularly supposed, once more rang to the sound of Grand Prix car racing round the hills and in order to be sure of not repeating the 1958 mistake the Royal Automobile Club of Belgium made the race over 500 kilometres. With lap speeds of well over 130 m.p.h. this ensured that, the race would go on for a reasonable length of time, and also introduced a welcome return to Grand Prix racing of a long and arduous nature rather than some of the sprint-type events that have happened, thus endeavouring to put Grand Prix racing on a higher plane than most other types of motor racing.

Practice began on Friday afternoon and early evening, from 5.30 p.m. until 8 p.m. so chosen to avoid disrupting local traffic unduly for this high speed circuit is still part of the normal road system of the district, even if many of the corners are super-elevated. Twenty cars had been invited, of which the fastest sixteen in practice were to qualify for the starting grid, but at the last moment the lone Vanwall was withdrawn so practice saw nineteen competitors turn out promptly. Notable absentees were Aston Martin, who were not interested in entering on this fast circuit and the Scuderia Centro-Sud who wanted to enter but were turned down by the organisers, so in consequence the list of drivers lacked the names of Salvadori, Trintignant and Gregory; a strange situation considering they were all seasoned Grand Prix drivers. Instead there were Michael Taylor, Mairesse and Bianchi making their first appearance in a serious motor race. Apart from this all the regular runners were present. Brabham and McLaren with the two works Coopers; Bonnier, Gurney and Graham Hill with rear engined B.R.M.s, the three cars arriving in a brand new transporter built on a Leyland Royal Tiger chassis, and making a very handsome addition to the paddock transport park. Gurney had his left fore-arm in plaster, with cracked bones following his Zandvoort crash, but able to drive in spite of this. Moss was once more in the dark blue Lotus of the Walker Team, the car now sporting a long air-duct from the nose of the car, along the side of the cockpit to the two large double-choke Weber carburetters, rather like that used on the Yeoman Credit Coopers. Michael Taylor was also driving a private rear-engined Lotus, entered by Taylor and Crawley, and Ireland, Stacey and Jim Clerk were driving the works rear-engined Lotus cars. The Scurderia Ferrari had three front engined all-independently sprung Dino 246 cars, driven by Phil Hill, von Trips and the Belgian driver Mairesse, and the two Scarabs were driven as usual by Reventlow and Daigh. Fred Tuck had entered his 1959 works Cooper with Lucien Bianchi as driver and to complete the list were the three Yeoman Credit Coopers for Brooks, Bristow and Gendebien, while they also had their 2-litre Cooper as a practice car. Gendebien's car had a brand new engine as the reported seizure on Bristow’s car at Zandvoort had turned out to be a broken big-end bolt with the result that the con-rod came out through the side of the crankcase and wrote off the engine.