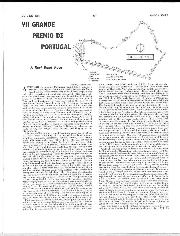 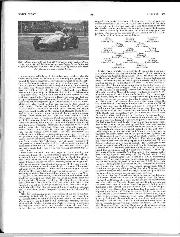 Although six previous Portuguese Grand Prix events have been held, starting in 1950 and fluctuating between the Porto circuit and the Lisbon circuit, they have all been for sports cars and, strictly speaking, not Grand Prix races at all. This year a full-scale Formula I event was organised and, in addition, it formed a round in the Drivers' World Championship series, so the town of Porto and the Boavista circuit were really put on the map for the Grand Prix " circus " turned out in full. Of course, the town of Porto has long been on the map for drinkers of Port wine, one bank of the river which dissects the town being covered in famous factories in the Port industry. The town also has another claim to fame, in being, like Venice or Florence, spelt differently by the English, we putting an "O" in front of the Portuguese spelling, calling it Oporto. In spite of not having had a Grand Prix race on their circuit before, or in Portugal, the organisers and members of the Automobile Club Of Portugal were used to distinguished visitors from the motoring world, previous sports-car races being won by such drivers as Bottom., Villoresi, Castelletti, Behra. Salvadori on the Porto circuit, and Fangio, Moss, Gonzalez and Gregory on the Lisbon circuit.