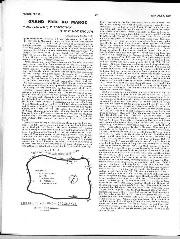 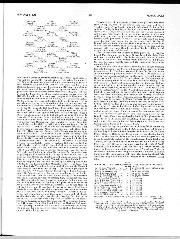 Moss (Vanwall) is perfection - But it is not enough

To conclude the Formula 1 Grand Prix season, the "circus" travelled to Morocco to contest the Grand Prix of that country on the very fast road circuit just south of' Casablanca on the Atlantic seaboard. A successful race was held last year and as a result this year's event was put into the list of World Championship races and decided the ultimate destination of this year's title. No changes were made to the circuit, though the road surface was improved as were the amenities, so that Fangio's lap record of 2 min. 25.6 sec. set up last year stood as a target when practice began at 3.15 p.m. on Friday afternoon.

Moss, Brooks and Lewis-Evans were on the Vanwalls, the team leader having new light front wheels on his car, and a spare car available, while Hawthorn, Phil Hill and Gendebien were upholding Ferrari honours. The three Maranello cars were an assorted collection, one being the Monza 500 Dino with coil spring rear suspension and now having Girling disc brakes, the second an F.II car with alloy front brake drums and Dino 246 engine and the third the normal Dino car fitted with Dunlop disc brakes that Hawthorn used at the Italian Grand Prix. B.R.M. were making history with four 1958 cars running, driven by Behra, Schell, Bonnier, and Flockhart, the last-named making his first appearance since his Rouen accident and driving the very latest car. All four had modified oil coolers consisting of finned tubes behind the water radiator, with two air scoops on the top of the nose cowling. The Scuderia Buell, in conjunction with the Maserati factory entered Gregory on the first of the 1958 lightweight Maseratis, and Centro-Sud entered Gerini with his high-tailed car and Shelby on their own car. As Bonnier was in the B.R.M. team he entered Herrmann on his ex-Godia heavy chassis Maserati, and to complete the F.I field there were Salvadori and Fairman with works Coopers, Trintignant with the Rob Walker Cooper, and Allison and Hill with Lotus, the last-named with a 1958 car. Running in conjunction with the Grand Prix were six Coopers forming a F.II race on their own and Brabham and Maclaren were driving works cars, Bridger the Moss/Gregory car, Picard with Rob Walker's 1957 car and two Moroccan drivers, La Caze and Guelfi.