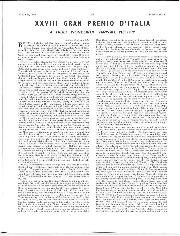 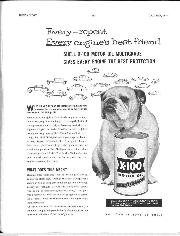 Realising the impossibility, from a technical angle, of running a race on the combined road and track at Monza, the past lessons having been absorbed, the Automobile Club of Italy decided to hold this year's Grand Prix of Italy on the road circuit only. The last time this was done was in 1954, before the banked track was built, and then the circuit was slightly longer than it is at present, so that this year's speeds represented an entirely new set of records.

Every year before Monza the two Italian teams have a try-out during the week before the race and prior to official practice beginning, and this year the 12-cylinder Maserati was the great hope, Behra and Fangio having been lapping in 1 min. 44 sec., unofficially. When the official practice began at 3 p.m. on the Friday afternoon, Maserati, Ferrari, Vanwall and all the private owners except the Centro-Sud pair were ready to go, and it was Schell who started things. He began lapping around 1 min. 48 sec. in one of the lightweight chassis six-cylinder cars, and then Brooks went out in one of the Vanwalls and very soon stirred things up by making a lap in 1 min. 45.6 sec., shortly afterwards improving this to 1 min. 44.9 sec.