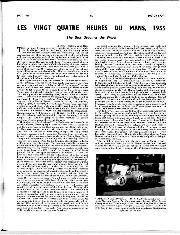 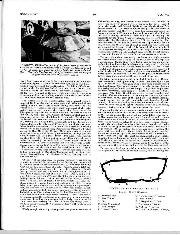 The Best Becomes the Worst

The Le Mans 24-hour race gave promise of being a gigantic battle this year, and on the Tuesday and Wednesday before the race the cars were presented for scrutineering. The official scrutineering saw that the cars were as quoted on the entry forms and that they complied with all the regulations; it took place in the town of Le Mans and it was rather ominous that continual rain showers occurred throughout both days. The cars passed along a line of check points, each group of officials looking after one particular aspect of the regulations, and then the cars were placed on a patch of sawdust and the engines revved up to see if the exhaust system blew sideways or downwards. This last formality lost much of its point when the rain came for the sawdust became sodden and lay like sand, but nevertheless the informal party atmosphere of this piece of officialdom continued.

The regulations governing cars entered for Le Mans are complex in the extreme, with the result that thinly disguised Grand Prix cars can be entered under a dubious title of "prototypes," so that the entry of 70 cars that passed the scrutineering, of which 60 were actually to take part in the race, could be divided into three groups. There were the virtually standard sports cars, such as the three TR2 Triumphs, the Austin-Healey 100S, the M.G.s and the Frazer-Nashes; then could be grouped the racing/sports cars that could be purchased by keen types, such as Aston Martin DB3S, D-type Jaguars, 3-litre Monza Ferraris, 2-litre Maseratis, 550 Porsches, Cooper-Jaguar, Connaught, Kiefts, Lotus, Arnott, Osca and Stanguellini, each with their works models that were just that little bit different; and, finally, the "Grand Prix Formule Libre" cars, such as the 300SLR Mercedes-Benz, the 4.4-litre Ferraris, the Offenhauser-Cunningham, the V12 Lagonda, 450C Bristols, the 3-litre Maseratis, the 3-litre Gordini and the central driving-seat Panhards, D.B.s and Cooper 1,100. The first group, of standard sporting cars, looked most out of place among the rest of the cars.