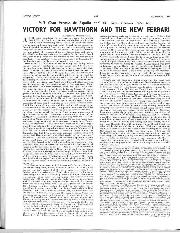 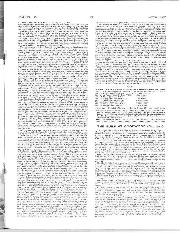 Victory for Hawthorn and the new Ferrari

After being abandoned for the past two years the Spanish Grand Prix was held this year and was the last round in the 1954 World Championship series. With the Grand Prix teams getting more and more into their stride throughout the season the Pena Rhin club benefited from this and had a remarkably strong entry for their event to close the 1954 season. The greatest interest was undoubtedly the presence of the new Lancia team and just as Mercédès-Benz dominated the practice periods for the French Grand Prix, back in July, being new and interesting cars that were proving very fast, so the practice for the Barcelona race was dominated by the Lancia team, equally new and equally interesting.

Held in the late afternoon on the Thursday and Friday before the race the first practice period saw Ascari and Villoresi, with the new Lancia V8 Grand Prix cars, surprising everyone with their speed. The Pedralbes circuit on which the Grand Prix has been run since 1946 is a fast one, but at the same time has some difficult and bumpy corners so that driving and the qualities of the car count for everything. Lancia arrived with three cars in their huge Lancia diesel transporter and an Aprilia van in attendance to carry the toolboxes, while their drivers were Ascari and Villoresi, the third car being used by both of them for practice as well as their race cars. These new cars from Turin were extremely small and squat, with their fuel tanks on outriggers alongside the body, the 4 o.h.c. V8 engine set at an angle in the frame, the hydraulically-operated clutch, gearbox and final drive in one unit at the rear, and great detail attention having been paid to weight-saving. The suggested four-wheel drive theory expounded in Motor Sport last month proved to be entirely false, there being no sign of such a layout nor any possibility of there ever having been such a system of transmission.