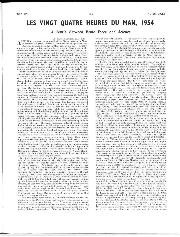 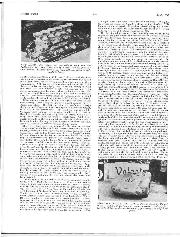 A Battle Between Brute Force and Science

Almost every year the approach of the 24-hour recent Le Mans is heralded by great fanfares of trumpets and the promise that this time is going to be the Le Mans race of the age. Equally, almost every year, a few weeks before the event, last-minute withdrawals are announced, new cars are not ready, or drivers are put out of action, and the feeling arises that the race is going to be a flop: but each year the Le Mans race becomes bigger and better, faster and more furious, and invariably turns out to be the Le Mans race of the age. This year was no exception for, in spite of all the pre-race alarurns and excursions, the race provided a wonderful battle between Ferrari and Jaguar right up to the very last minute, and though last year's record distance was not beaten, due to bad weather conditions, it saw the closest finish since the early 1930s.

After the withdrawal of Lancia, coupled with the fact that Ferrari was not sure what cars he was going to enter, it looked as though Jaguar were going to have a walk-over, and before race week began the 1954 Le Mans event did not look very encouraging. Austin-Healey had also withdrawn their team, but, apart from the bad taste in which the withdrawal was presented, their abstention did not really interest anyone from the Grand Prix d'Endurance point of view. By the time the scrutineering had been completed and the first of the practice periods began, things took on a new interest and it was obvious that a big battle was in the offing. The Jaguar team were making every effort to win and concealing the fact from no one, but Ferrari were out to do their utmost to prevent it and had entered three 4.9-litre open two-seater cars, concentrating their whole effort on one type this year. The Jaguars were indeed things of beauty to behold, their overall dimensions being reduced to an absolute minimum for a 3 1/2-litre car and the shape made every effort to reduce wind-drag, while the combination of small square tubing and aluminium panelling forming the chassis frame made for very light weight. The well-tried Jaguar six-cylinder engine was redesigned with dry-sump oil system, consequently reducing the overall height, and the three Weber carburetters were fed by an air tunnel incorporated in the tiny radiator opening in the nose of the car.