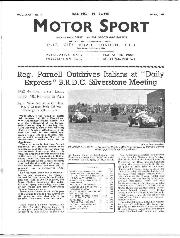 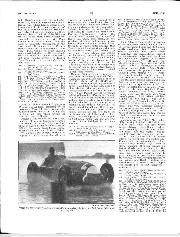 Although the hoped-for battle between the official Ferrari and Alfa-Romeo teams fizzled out with the withdrawal of the former, Silverstone on May 5th saw Reg. Parnell's 1950-type 4½-litre Ferrari seriously challenge Fangio's Alfa-Romeo in its heat and lead all the Alfa-Romeo team of Type 159s in a tropical rainstorm which caused the Final of the International Trophy Race to be abandoned.

There is no doubt but that Parnell out-drove the Italians under these conditions, and the roar of cheering that followed him round the circuit from the drenched crowds marked one of the most stirring episodes in British racing. Had the race not been abandoned Parnell would almost certainly have had the distinction of being the first driver, Ferrari the first car, to vanquish the all-conquering Alfa Romeos.