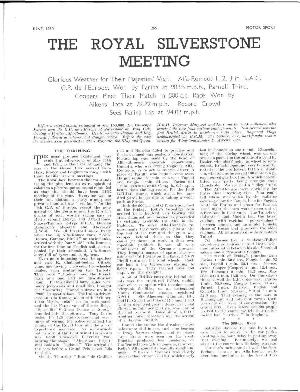 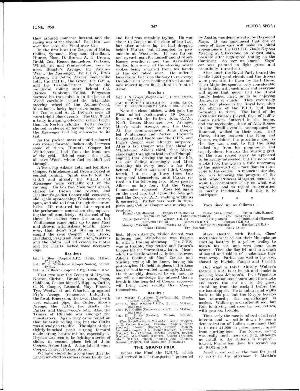 From the Motor Sport Archive
The Royal Silverstone Meeting

Before a record crowd, estimated at over 150,000, Dr. Giuseppe Farina won the G.P. de l'Europe at Silverstone on May 13th driving a 1 1/2-litre Alfa-Romeo. His team-mates Pagioli and Reg. Parnell followed him home, but Fangio retired. Before the race the drivers were presented to Their Majesties the King and Queen, H.R.H. Princess Margaret and Earl and Lady Mountbatten, who watched the race from various vantage points. Bob Gerard was the first British driver to finish—in sixth place. Raymond Mays demonstrated the B.R.M.. The 500-c.c. race, hard-fought, was victory for Wing-Commander P. Aiken's' Iota

The usual pre-race excitement was evident at Silverstone on May 11th and 12th, as the vans bringing the cars in the Grand Prix arrived from Italy, France and Belgium to mingle with those familiar at our meetings.

The Royal box, between the two stands facing the pits, lent an extra splash of colour to a picturesque scene and reminded us that this should have been THE meeting of the year. Everyone was in their best clothes, a party atmosphere prevailed and all was "set fair" for the 11th G.P. of Europe, except the non-arrival of the Ferraris and the R.A.C.'s dislike of such worthy racing cars as Rolt's rebuilt, Delage and Alfa-Romeo, Shawe-Taylor's B-type E.R.A.,, Duncan Hamilton's Maserati and Abecassis' H.W.M. We all breathed more freely when the big Alfa-Romeo vans, "Alfa-Romeo, Gomme, Pirelli" on their flanks, arrived with the four "158" Alfa-Romeos, for the first time on English soil, accompanied by their attendant Alfa Romeo lorry full of tyres and equipment.