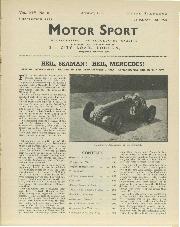 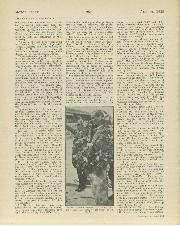 For the first time in fifteen years, a British driver has won the laurels in a full-scale Grand Prix race. Capping all his previous exploits, Richard Seaman, with a Mercedes-Benz, defeated the cream of Europe's drivers in the German Grand Prix on July 24th at the Nürburg Ring.

A sensational incident occurred at the end of the sixteenth lap, when von Brauchitsch's Mercedes, then in the lead, caught fire at the pits. Amidst scenes of great excitement the blaze was extinguished, and von Brauchitsch, showing great courage, proceeded in the race.